The route to anthroposophy

During his lifetime, Ludwig Resch raised his daughter Elisabeth in an anthroposophic way, thus opposing the dominant Catholic school of thought, which was represented by her mother. Shortly before his death, he asked his friend Hans Erhard Lauer (1899-1979) to teach his daughter about anthroposophy as soon as she turned 17. Before the Second World War, Lauer was, among other things, a member of the board of the Vienna Anthroposophical Society and accepted the job without informing Elisabeth’s mother, who was against anthroposophy. Rudolf Steiner’s books opened up a new and fulfilling way of thinking for Elisabeth. Several years later, after reading a paper by Rudolf Steiner, she decided to become a beautician. But you will find out more about that in Chapter 5.

The start of a life-long bond

In the year that Elisabeth’s father passed away, another life-changing event occurred. The 20-year-old Karl Sigmund (1909-2007) saw Elisabeth and her mother on the tram in Vienna and instantly knew that this was girl he had to marry. At the time, it was seen as improper for a man to speak to women or girls that he did not know without a good reason. As such, Karl Sigmund had to watch in silence as Elisabeth and her mother disappeared into a ministry building without knowing who she was. He began searching for Elisabeth and to find an opportunity to speak to her. On seeing her in a park with the sister of a school friend, Karl tried to make contact with Elisabeth via this friend.

It took until 1931 for an opportunity to present itself: when Mrs Resch and her daughters took a summer holiday to the pilgrimage town of Maria Schutz, Karl took the opportunity to visit them and pass on greetings from a common acquaintance: his school friend. He was able to speak to his chosen bride for the first time when Mrs Resch sent Karl and Elisabeth to get water from the famous Maria Schutz medicinal spring. On route, Karl proclaimed his love for her and asked her to promise that she would marry him and no other. Of course, Elisabeth agreed; the couple had found each other. They were married in the Maria Schutz parish church on 10 July 1937. 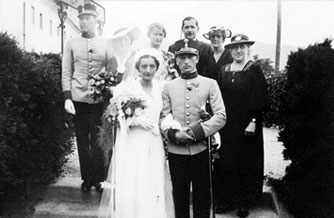 During Elisabeth Sigmund’s youth, it was regarded as uncouth for girls and women from good families to leave the house wearing make-up. Lipstick could only be worn at private parties or when going to the theatre in an elegant evening gown. During her engagement, Elisabeth Sigmund nevertheless purchased a lipstick from her hairdresser for research purposes. This was a bright red mass of fat, packaged in a blue, metal sleeve with a slider. Even back then, she was already interested in make-up. While working with WALA, she therefore quickly encouraged the development of a range of make-up for Dr. Hauschka Skin Care (more about this in Chapter 10). Even at the age of 99, Elisabeth Sigmund was never seen without make-up. Her favourite product was Dr. Hauschka Lipstick 07 Transparent Rosè. With rose petals and anthyllis as well as rosehip, almond oil, apricot kernel oil, jojoba, rose wax, beeswax, candelilla wax and carnauba wax, this not only looks fabulous but also cares for the lips. 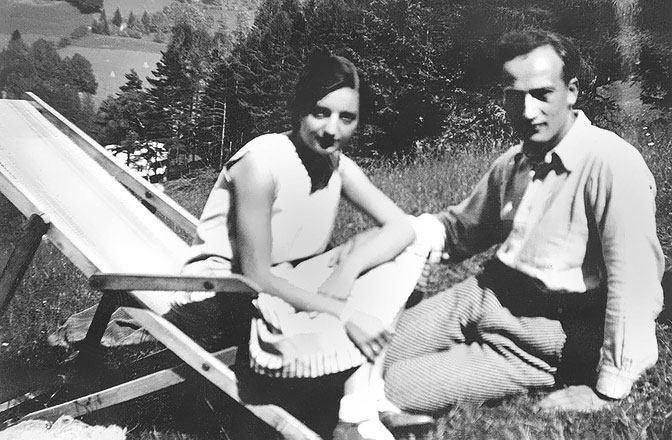 In January, we will tell you about Elisabeth Sigmund’s first work with plants. Her interest, especially in medicinal plants, became the most important component in the development of her own natural cosmetics.

Thanks for reading our blog.

(Supposed) Diary of a Hypersensitive Face.